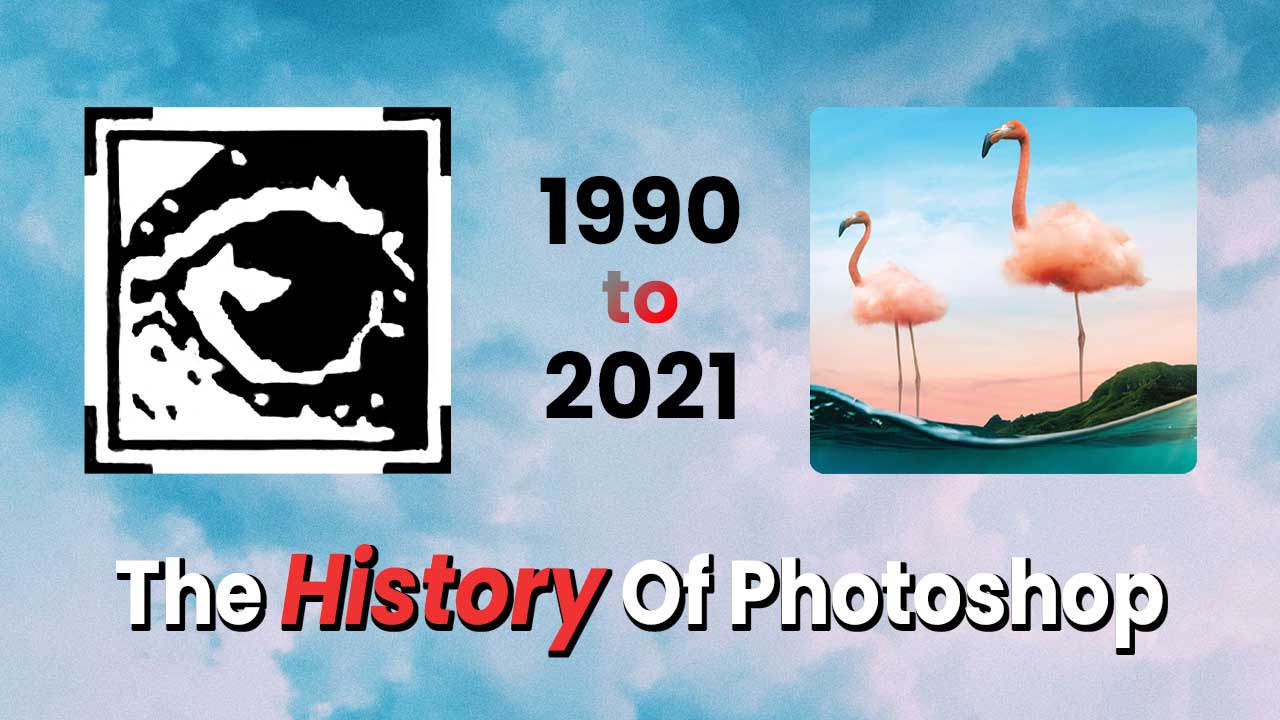 Photoshop, the most renowned photo-editing program for Raster format images. The program is quite rich with tools, adjustments, and options. The history of Photoshop shows that the journey started in 1988 and continuing today. The latest version comes with more user-friendly features and advanced artificial intelligence.

The best part of Photoshop is, Adobe updates the program in a continuous manner. All kinds of professional quality photo editing are handy with this. Well, all the features and options are very difficult to figure out if you are a new user. However, Adobe corporation comes up with a help center to make things understandable with examples. Also, Photoshop experts publish tutorial content and videos for assistance.

The Brief on Photoshop

The history of Photoshop is truly colorful from the very beginning till now. Thomas Knoll and John Knoll are brothers from the same womb. Tomas was a student at the ‘University of Michigan doing a Ph.D. in 1987. He had a plan for creating a program that can be useful to modify or edit grayscale images. So, he started working on his Macintosh Plus. His brother John was an employee at Industrial “Light & MagicOffsite Link.” 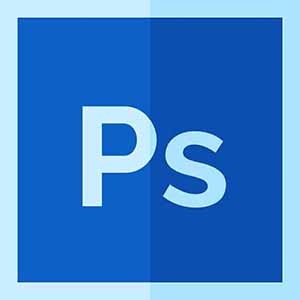 They took initiative to create a fully-fledged photo editing program in 1988. The program name was ImagePro in the beginning. But, as the copyright was of another company, they named it ‘PhotoshopOffsite Link’. They also had a deal with Barneyscan, who was a scanner manufacturer for the distribution of the program. And, this arrangement returns with 200 copies shipment of Photoshop.

Adobe corporation purchased the distribution license after the demonstration by John Knoll. Apple and Adobe higher officials were present there in San Jose. Well, after that, Adobe released the first version of Photoshop for the Macintosh named ‘Photoshop 1.0’. History states Photoshop is the king of all photo editing programs for Raster graphics manipulation.

Describing the whole history may require millions of words. So, we will go with a short history of Adobe Photoshop for the time being. The older versions of this amazing program were also enough advanced according to that period. And, at that time no other program was at the level or even close to this. Still, Photoshop is holding the top position in photo editing programs.

Starting from the year 1990 to 2003, Photoshop had several versions containing numbers. Photoshop version 8.0 brings Creative Suite (CS) branding that comes in the pack in 2003. But, before that Photoshop came in with seven different versions for users. Well, Photoshop version history shows that CS is the version from when Photoshop moved forward at a full pace. And, the versions that they launched, all are not on the hit list. Some of them are;

The previous versions are being developed with tools and options step by step. The most useful tool came is the Pen Tool that brought revolutionary addition in photo subject selection and isolation. Also, Filter, Virtual Memory, Color Separation, CMYK color, and many more came with the version updates. And, the file format support and saving also enhances in time. Furthermore, the latest version contains enough advanced tools and features you just can imagine.

The first Creative Suite version got released in October 2003.

Creative Suite, the second version released in May 2005 approximately after 2 years of CS. The addition of the Smart Object is the specialty of this version.

April 2007 was the time of CS3 of Photoshop release. A large number of tools, options, and advantages came with this version that took Photoshop to another level. Also, it came with the support of Windows PCs and MAC both.

The release date of the CS4 version was October 15, 2008. The 3D engine is the specialty of this version to convert gradient maps to three-dimensional view. Also, this is the first 64-bit version for the same standard processor.

The day April 12, 2010, was the release date of the CS5 version that is Photoshop version 12. CS5.5 version got released in May 2011 with some new versions of applications. Among other features, 3D and video features are mentionable for creating motion graphics.

The most used and professional photo editors’ favorite is the CS6 version. The addition of the Content-Aware tool was introduced in CS6. A later update of version 13.1.3 comes with Windows XP Professional x64 Edition support. The released time was May 2012. 25 times undo in Photoshop CS6 first introduced in Adobe Photoshop history.

Adobe Corporation launched the first Creative Cloud version on June 18, 2013. A revolutionary change took place with the tools, features, and functions that came with this. Adobe Camera RAW version 8 came added with this one. Two updates came from Adobe for this version. One is on September 9, 2013, and another on January 15, 2014.

June 18, 2014, was the release date of CC 2014 after the CC version. Well, from this version, Adobe included the year with the Creative Cloud versions. Here, Adobe added Spin Blur and Path Blur in the blur option that is focusing.

Adobe released CC 2015 version on June 15, 2015, with more creative features. You can call this version 16 according to the record. The Adobe Stock containing a free photo library. You can have ten layer styles in this version instead of one like the previous versions. Adobe gave a UI update on November 30, 2015, with a more organized and appealing look. Also, it came with smart gestures for touch-sensitive devices like Microsoft Surface Pro. Ans, this updated one is version 17 considering additional features. Another mentionable part of the Photoshop history is, the release year is the 25 anniversary of Photoshop.

The revolutionary version of Photoshop CC 2018 got released on October 18, 2017. One of the additional features is brush stroke smoothing and over 1000 brushes in the pack. Also, you can categorize them into folders and sub-folders. Also, you will see the Curvature Pen added with the Pen Tool panel. Masking, selection, image resizing, and many performance improvements came with this amazing version.

October 15, 2018, is the day when an updated version came with the name Photoshop CC 2019. Well, this is not that revolutionary as CC 2018 but came with 20 new features that are truly remarkable. Also, you can experience multiple undo in Photoshop CC 2019 by using Ctrl/Command+Z for Win/MAC.

Adobe Corporation released version 2020 on November 4, 2019, with many enhanced features. According to Photoshop versions, it is in 21st place. Complex selection with artificial intelligence, better transform warp, and many useful ones are here. An updated version came in February 2020. Here, the Content-Aware fill is not always necessary because of the iteratively fill option. And, the program is compatible with MAC, iPad, and Windows with cloud features. Also, Adobe released another update in June 2020 with more improvements.

The latest version of Photoshop is 2021 got released on August 17, 2021. Before that the beta version was released around June 2021. A lot of automated features such as selection, subject impression, spacing, etc. came all together. Also, the loading is faster than the previous versions as well as the operation and preview. Of course, Adobe Corporation brings all the advanced features in this till today. And, they are truly amazing. Except for professional quality photo editing, anyone can be an editor. We are looking forward to more features that will come with the later versions of Photoshop.

Whether you need to modify an image or enhance a visual impression Photoshop is the name that comes first. The history of Adobe Photoshop proves that the use of this program is too high by the professionals. Otherwise, Adobe Corporation may not have published so many improved versions.

Photographic presentations act the most important in this digital era. No image can get its appeal without a polished look. eCommerce marketplace is highly competitive where product images should have that look. Also, the editing by Photoshop is highly effective for portraits and fashion industries. And, personal image modification is a common thing that we can do with this program. Photo editing service providers use this program for the highest satisfaction. So, everywhere you need photo or image enhancements, Photoshop is the best software you can use.

The history of Photoshop versions that we have discussed is in brief actually. You can learn more about it from Wikipedia or from their website. However, the best program does not need a proper introduction. If you ask for a suggestion from a professional photo editor, you will know that Photoshop is the one. And, the status came with a long-term evaluation and moving forward day by day. The latest version contains enough advanced features already. And, upcoming ones should have something more for sure.

When was Photoshop created?

Ans: 1990 is the year when Photoshop got released for the first time. Well, Thomas & John Knoll developed it in 1987 and sold the distribution license to Adobe in 1988. And, that time, the two brothers named it “PhotoshopOffsite Link”.

What was the first Photoshop?

Ans: Photoshop 1.0 is the first Photoshop version that got released under Adobe Corporation. Also, six more versions got released before the CS (Creative Suite) version.